I thought I’d document how the shells developed. This is the first layer of the over painting. I did a rough approximation of the basic shapes, colors and values. The underpainting is still showing through in many places.

I corrected the drawing on the scallop shell and indicated its ridges and the shadow cast on it by the larger shell. I glazed the shadows cast by both shells on the tabletop. Here, the table top has its first layer of paint. 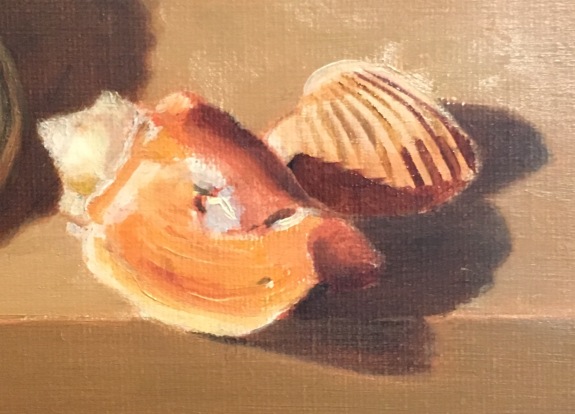 Next, I added the brightest bright areas. It’s helpful to put these in now so that I can judge the other values correctly. I added some blue light coming in from the right from the window, especially on the scallop shell. I glazed the cast shadows even darker, and added some alizarin crimson directly under the shells to show the warmth of the color reflecting down from the shell. 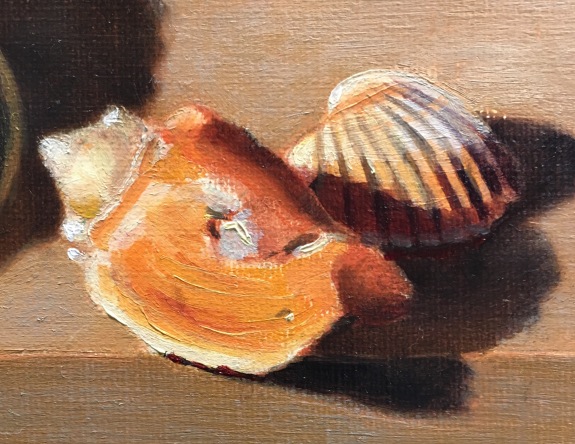 Here I softened the edge of the shadow cast by the larger shell onto the scallop. I also tried to paint the ridges on the top of the scallop more precisely. 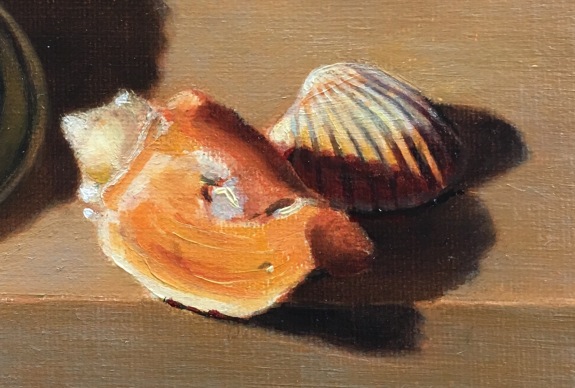 I worked on the larger shell. I strengthened the highlights and added some nicks and details. I corrected the colors and painted the far right underside more clearly. This area is very cool both because its in the shadow, and because of the cool light coming in from the window on the right. 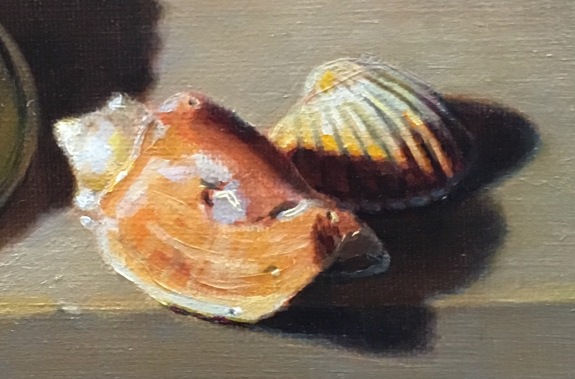 On the scallop shell, I added some yellow on the top and some cool tones at its base. I softened the edges of both cast shadows onto the tabletop, and added some cool blue light at the edges.

The shells are mostly complete now!